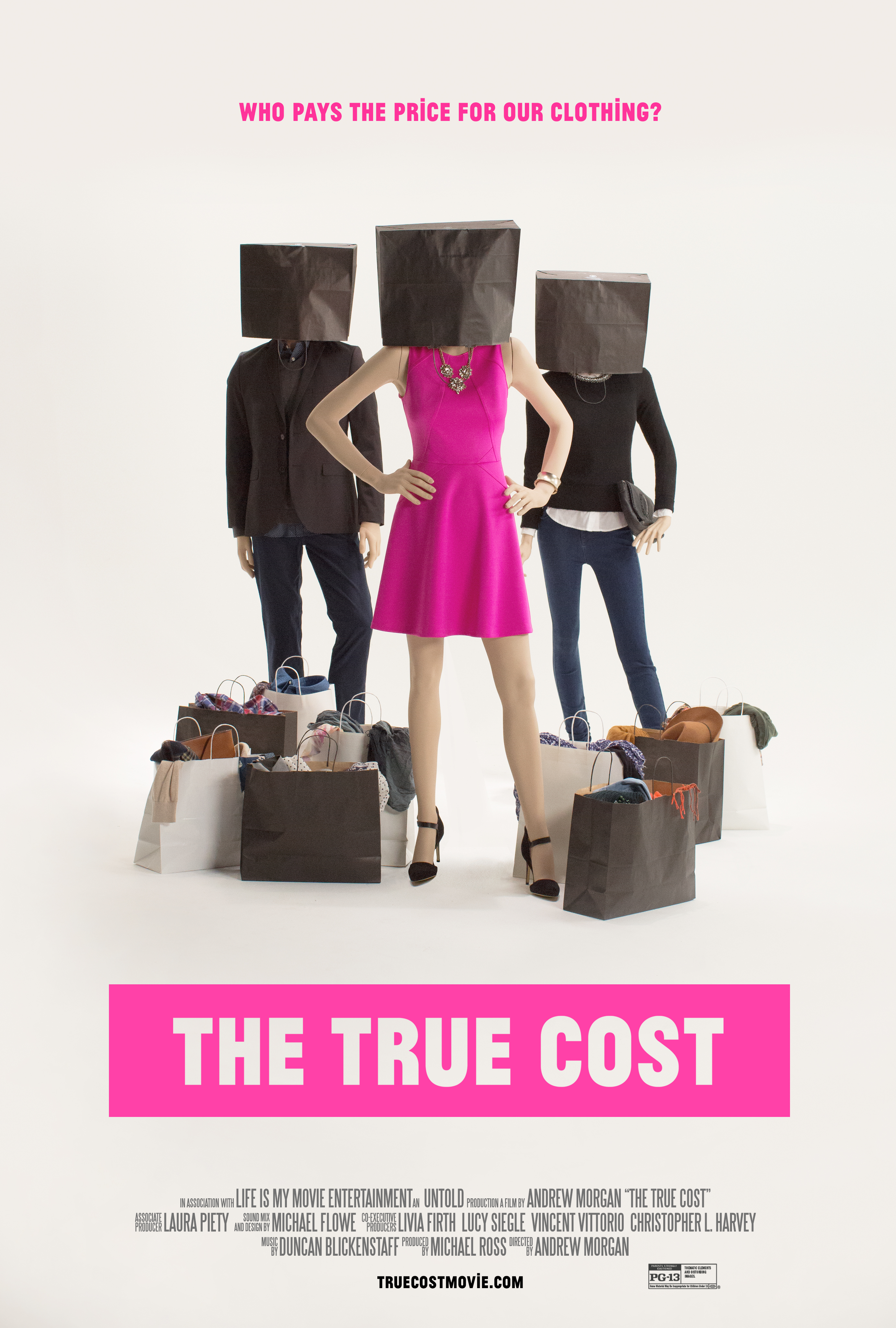 Who really pays the price for our clothing? Although the price of clothing has been decreasing for decades, the human and environmental costs have grown dramatically. The True Cost is a groundbreaking documentary film that pulls back the curtain on the clothes we wear, the people who make them, and the impact the industry is having on our world. Filmed in countries across the globe, from the brightest runways to the darkest slums, and featuring interviews with the world’s leading influencers, The True Cost takes us on an eye-opening journey to reveal the sad truth behind the low price of clothing: that others have to pay for our consumption with their lives.