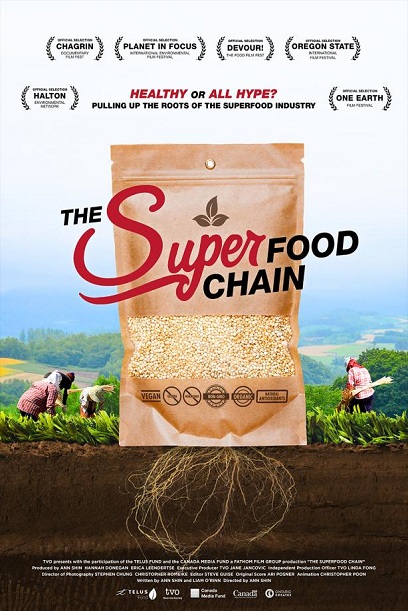 While superfoods have become a worldwide trend, their use is not always unequivocally proven and only a few people know which far-reaching consequences the superfood-industry has on its producers as well as indigenous communities, who rely on them as their basic foods. THE SUPERFOOD CHAIN takes its viewers on a journey to superfood-farmers and fishermen in order to experience at first hand, which repercussions the worldwide excitement about superfoods has. How has the Superfood-Boom effected their lives? And what can we do as consumers to support sustainable practices in communities that are dependent on framing and fishing?

THE SUPERFOOD CHAIN, a documentary that explores the facts and myths behind superfoods you buy locally, and reveals the ripple effect of the ‘superfood’ industry on farming and fishing families around the world.

A discussion with Sandra Mayr (Naturland e.V) will follow the screening.