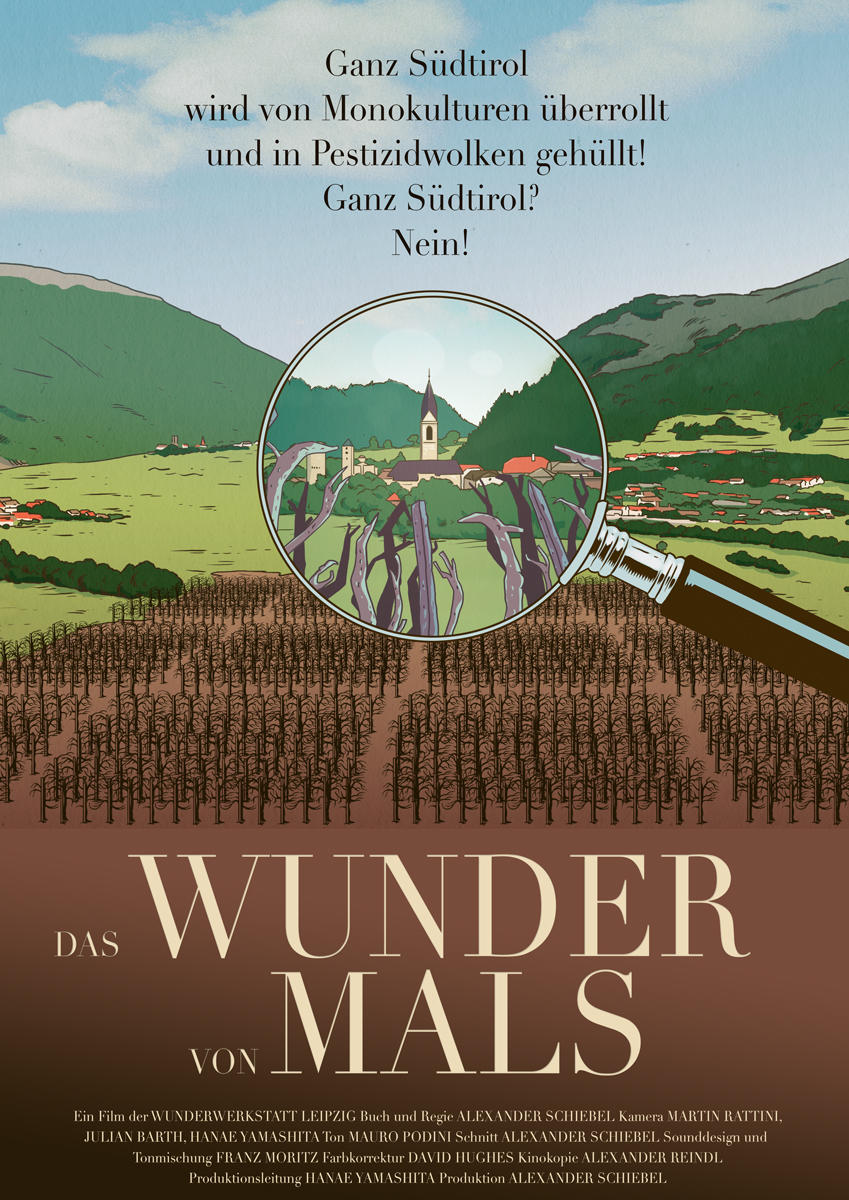 The year is 2015. South Tirol is entirely occupied by farming monocultures and covered in clouds of pesticide. Well, not entirely. One small village of indomitable Celts still holds out against the might of the farmers’ association, the local government, and the chemical industry. Mals, in Obervinschgau, may be the first pesticide-free community in Europe. 76% of the residents have voted to ban the use of pesticides within the town limits—but the South Tirolese apple lobby doesn’t for a moment plan to accept this decision.

A discussion with Agnes Becker, member of the Ecological Democratic Party, will follow the screening.

The film will be shown in German.