Film Screening + Discussion: Thank you for the Rain 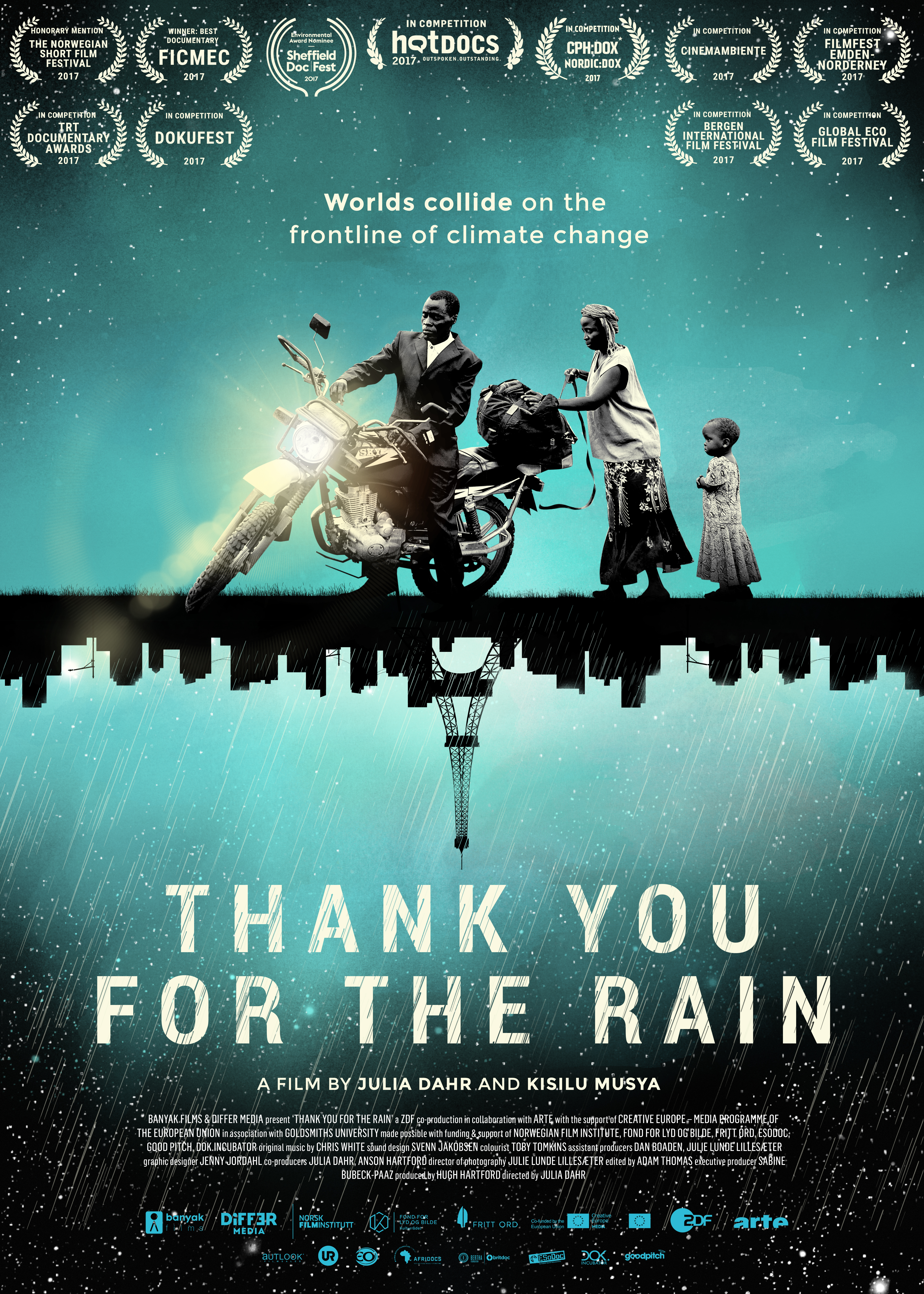 Over the last five years, Kisilu—a smallholder farmer in Kenya—has used his camera to capture the life of his family, his village, and the impacts of climate change. He has filmed floods, droughts, and storms, but also the effects on people: his kids are sent home when he can’t pay school fees, men are moving to towns in search for jobs, family tensions rise. Following a storm that destroys his house, Kisilu starts establishing a community movement of farmers to fight the impacts of extreme weather, and he takes this message of hope all the way to the UN Climate Talks in Paris, COP21. Here, amid the murky cut and thrust of politics, the relationship between Kisilu and Norwegian filmmaker, Julia Dahr, takes on a remarkable twist, shedding a powerful light on the climate justice movement and the vastly different worlds they represent.

A discussion with Kai Schäfer, Nord Süd Forum, will follow the screening.