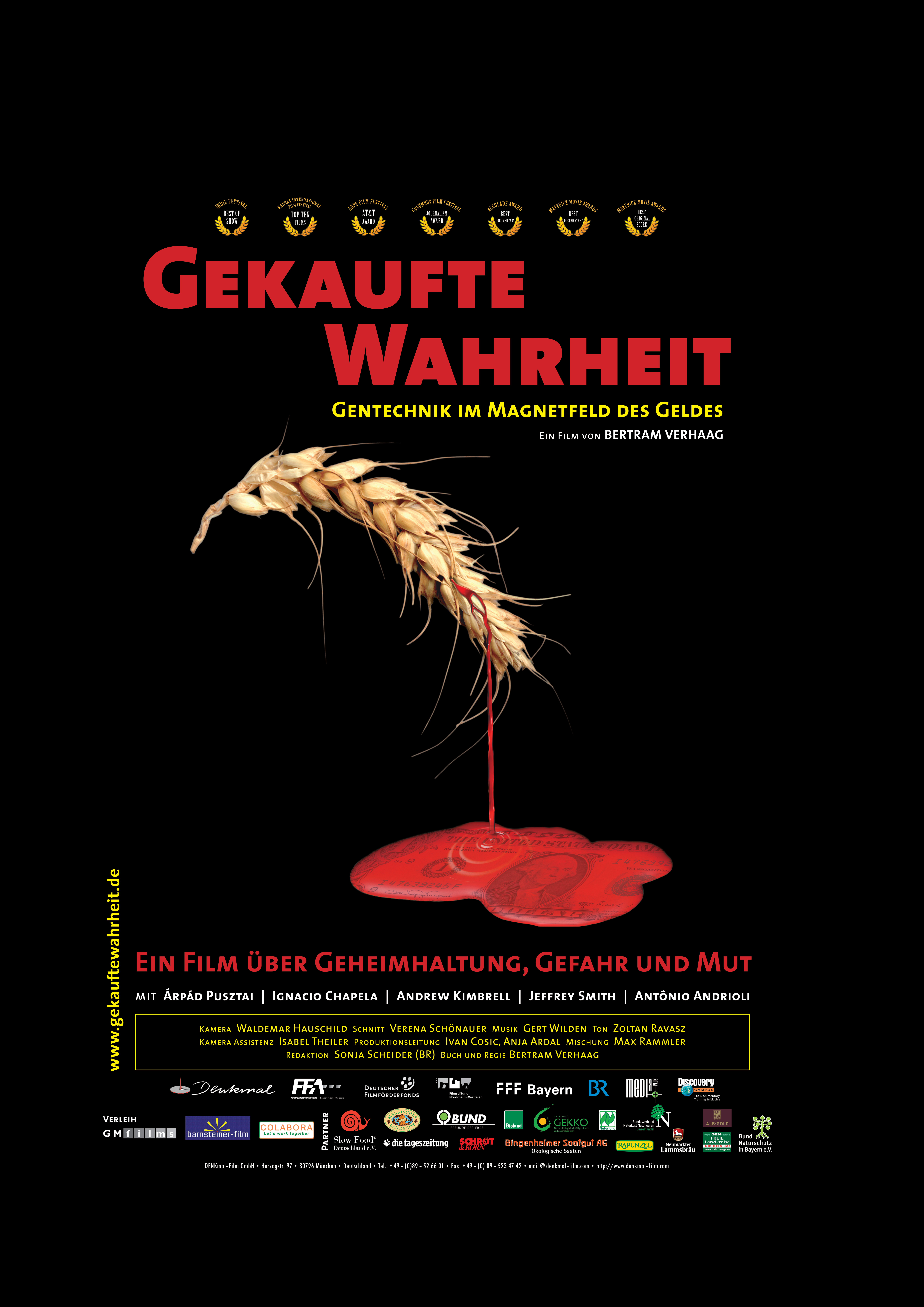 Agribusinesses finance 95% of the research in the area of genetic engineering, and they are endangering both the freedom of science and our democracy. Árpád Pusztai und Ignacio Chapela are two scientists who made groundbreaking discoveries in genetic engineering—and then found their careers destroyed because they had the courage to speak out. This movie tells the story of their resistance and their sense of responsibility to inform the public, about the genetically modified foods that they have been consuming for years.

A discussion with Prof. Dr. Bernhard Gill, LMU München will follow the screening.