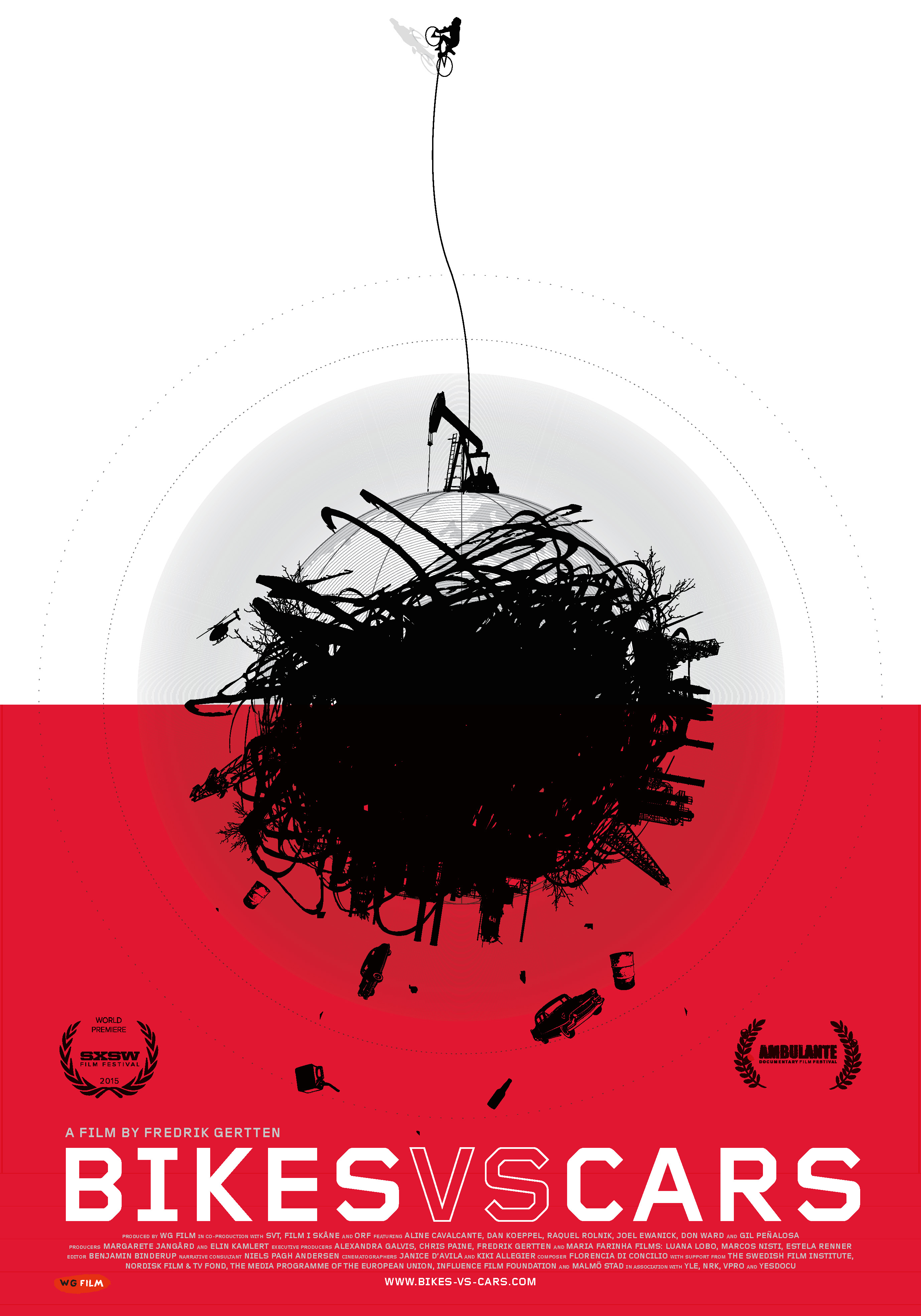 Climate change, waste of resources, cities engulfed by cars: the films illustrates how cars exasperate the current global environmental crisis. The bike could be a great tool for change, but the car industry and the powerful interests who gain from it invest billions each year on lobbying and advertising to protect their businesses. In the film, we meet activists and thinkers who are fighting for better cities and cycling infrastructures, who refuse to give up their bikes despite the increasing number of cyclists killed in traffic.

A discussion with Christian Grundmann, Green City e.V., will follow the screening.

This movie is also part of the 11. Münchner Klimaherbst 2017.