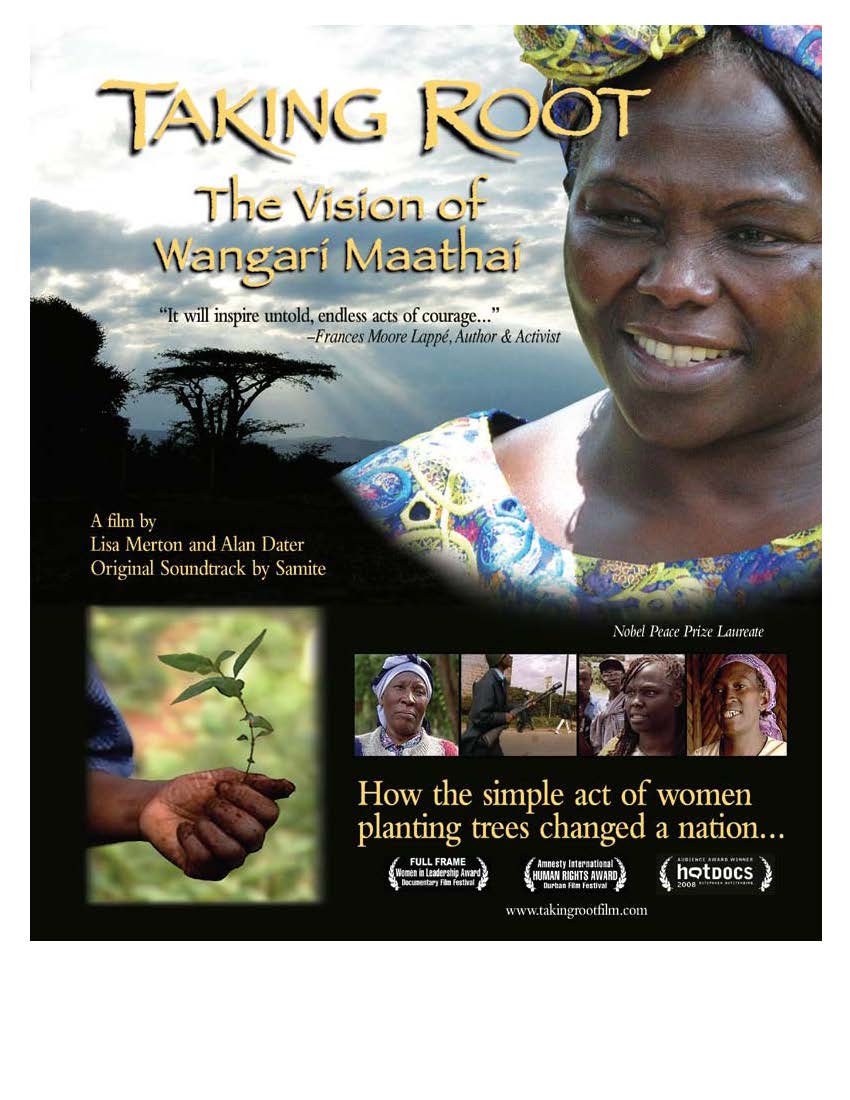 Taking Root tells the story of the Green Belt Movement of Kenya and its founder Wangari Maathai, the first environmentalist and first African woman to win the Nobel Peace Prize. Wangari Maathai discovered her life's work by reconnecting with the rural women with whom she had grown up. They worked successively against deforestation, poverty, ignorance, and government corruption, until they became a national political force that helped to bring down Kenya's 24-year dictatorship. The movie presents an awe-inspiring profile of Maathai's courageous 30-year journey to protect the integrally connected issues of the environment, human rights, and democracy.

A discussion with the journalist Dr. Geseko von Lüpke will follow the screening.