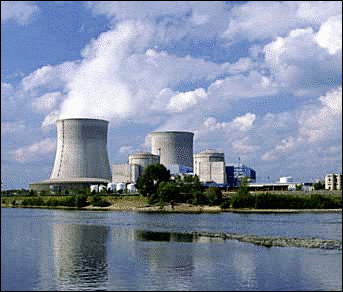 This conference is jointly organized by the Heinrich-Boell-Foundation, the Rachel Carson Center for Environment and Society, HoNESt – History of Nuclear Energy and Society Project, and the Center for Metropolitan Studies (TU Berlin).

Does Chernobyl constitute a turning point in the history of environmental policy and politics? Around the world environmental policy was introduced in the early 1970s as a new policy area and arena of political and societal conflict. However, from mid-1970s onwards, as a result of the oil crisis, the new policy came to be increasingly challenged, and considered an obstacle to traditional economic growth objectives. Notably in West Germany, environmental policy’s great leap forward only happened in the 1980s. The debate about the dying forests led to the introduction of new filter technologies and catalytic converters to stop acid rain from killing trees and harming people. It was the shock of Chernobyl, however, that convinced the West German government to eventually establish a separate ministry of the environment at the federal level.

This conference has two aims:

First, it seeks to assess change in environmental politics and policy making – from its beginnings around 1970 until the 1990s, when the Rio Conference definitely lifted environmental issues to a global scale with the breakthrough of the sustainability agenda and the increasing dominance of the climate change issue. While the early phase of environmental policy is increasingly well-covered by environmental history, we know very little about the subsequent development of the policy.

Against this backdrop, we seek to examine to what extent and how environmental policy and politics changed during the first thirty years of their existence. Transformations may have concerned political, administrative, societal, and media practices and structures as well as problem perceptions. The conference’s goal is to uncover, in particular, the conditions for change, ruptures, intercepted developments and roads not taken.

We will also discuss an alternative interpretation: Is it more appropriate to consider Chernobyl rather as a catalyst where the different environmental debates, growing environmental consciousness and ecological concerns of the 1980s came together to accelerate and strengthen environmental policy. Next to the lasting conflict about nuclear power this included concerns about the visible environmental problems such as dying forests and polluted water, and increasingly also invisible and global concerns about the hole in the ozone layer and climate change. We will look beyond national borders: How does the West German response compare to other European countries – a question that seems relevant with a view to the German phase-out after Fukushima?

The conference seeks to focus on the different actors that shaped environmental policy:

All of these different actors did not only discuss environmental issues from their respective perspectives. They also interpreted environmental problems differently and offered divergent solutions. These include, for instance, the growing interest in market solutions and ideas about green growth and ecological modernisation. These actors engaged in environmental policy at – but routinely also across - different levels – the local, regional, national, but also at the European and international levels.

The starting point of the debate will be the experience in the Federal Republic of Germany, which however needs to be understood in its European and international context, involving transnational linkages and experiences from other countries in a comparative perspective.

Conference languages are both German and English (simultaneous translation is provided). The event is open to the public.

The aim of the conference is to prepare for a tightly integrated publication. Thus all contributors are invited to explicitly address both questions outlined above. We suggest analysing the role of one or several actors in order to cover the issue of change in environmental policy in a broader perspective in a first part. In a second part, contributors may zoom in on the impact and consequences of Chernobyl on the policy and the responses and reactions of their respective actors.

Travel and accommodation costs for speakers will be covered by HBS.