Nikolas Kompridis on “The Question of Agency: Human and Non-Human” 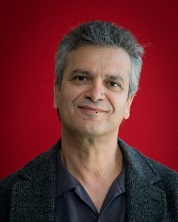 Nikolas Kompridis is Research Professor in Philosophy and Political Thought and Director of the Institute for Social Justice at the Australian Catholic University. Originally trained as a musician, he was the founder and director of the Canadian new music ensemble, Sound Pressure, during which time he worked with some of the world's leading composers – Frederic Rzewski, Martin Bresnick, Louis Andriessen, and David Lang. After a decade long-career in music he was drawn into an academic career, inspired by the Critical Theory tradition, which eventually took him to Frankfurt, where he worked with Jürgen Habermas as a postdoctoral fellow in the philosophy department at J.W. Goethe University. Drawing on the traditions of Critical Theory, Political Theory, Philosophical Romanticism, and American Pragmatism, his work has been concerned with rethinking the meaning of reason, critique, normativity, and agency from the perspective of his conceptions of “reflective disclosure” and “receptivity.”