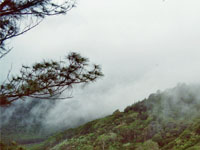 Sponsors: LMU Munich, in cooperation with the Rachel Carson Center for Environment and Society, the LMU Department of Social and Cultural Anthropology, and the Thyssen Foundation

This upcoming conference links into current debates among diverse conceptualizations of the environment and thus, of various ways of knowing, making sense of, and interacting in the given world(s). In recent years, relationships between the environment and humans as well as other-than-humans have become a central research topic in anthropology, the humanities, and beyond. Anthropological theory and methodology are contributing decisively to new approaches in (non)human-environmental relationships by continuously generating new empirical evidence that allows for nuanced debates in this field. Currently, the ontological turn is at center stage and has stirred much discussion and controversy, with critiques ranging from attributing culturalist, essentialist tendencies to this approach, to celebrating it as a new tool that opens an untapped heuristic potential.

This conference considers the environment as well as ontologies relationally as interactively and mutually created in specific contexts, which are politically charged and mostly asymmetrical. In order to advance the debate on Amerindian and non-Amerindian cosmologies and environmental issues in Latin America, we propose to link these current debates with a trans-environmental perspective. We seek to think beyond a mere transcultural understanding of these processes in order to overcome the nature/culture divide that is inherent in a transcultural understanding. By broadening the lens and bringing a trans-environmental perspective to bear, one that understands environments as always interactively constituted, we seek to provide a more useful level of analysis that allows for a fresh discussion of environmental conceptions. In addition, it allows us to overcome some of the new dualisms and divides that seem to be inherent in the ontological approach, such as modern versus non-modern, mononaturalist versus multinaturalist, and so on. In order to provide a more ample and inclusive framework, we approach the construction of the environment as a trans-environmental process and conceive of the trans-environmental as the emergent product of intermingling different environmental conceptions and practices. In this vein, the aim of this conference is to explore the points and processes of intersection where different forms of knowledge and ontological axioms meet, fuse, and confront each other.

This perspective should advance the current theoretical debate addressing some of the limitations and potential pitfalls as well as the advantages of the ontological turn. This is useful as the environment is still largely understood as economic, recreational, cultural-historical, or ecological resources, whose value may be exploited, domesticated, selectively used, or should be preserved. Based on distinct ontological axioms, the environment, or aspects of it, may also be conceptualized as animated, human-like beings with their own rights and identities. Such personalized aspects of the environmental realm should not just be respected, but may be subject of differentiated forms of interactive relations and may assume the status of a legal subject and be granted specific rights.

With this conference we seek to broaden the current discussion of diverse and often conflicting environmental notions by focusing on the possibility of largely neglected ontological differences in conceptualizing the environment. Current debates in Latin America offer a rich field for exploring alternative models for environmental configurations that challenge Western logics of resource exploitation and economic profit and allow for the exploration of diverse cosmologies. Such ontological conflicts find expression in the classical field between the traditional knowledge of indigenous groups and state supported modernization and development projects, but also reach far beyond this. They may involve the transculturalized rights of “Pachamama” established in the constitution of Ecuador or declarations for the rights of “mother earth” submitted to the United Nations. It may also be relevant for understanding and conceptualizing conflicts among cultural heritage programs, neo-religious movements, indigenous rights, ecological preservation, touristification efforts, and economic interests. Key questions to be asked include:

General topics may include: