Going Green: The Emergence and Entanglements of the Green Movement in Australia, the USA, and Germany, 1970 to the Present 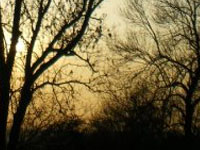 Germany, the United States, and Australia have a strong tradition of environmentalism. Since 1970 all three countries have seen the rise of substantial Green movements which have exhibited a willingness to engage in acts of civil disobedience. The rise of the Green movements in these countries has seen a multiplication in the number of protest groups, a broadening of the scope of protests to encompass not only a range of environmental issues but also social equity concerns, the unification of single issue protests into multi-issue events, networking and cooperation among different groups and the emergence of leading ‘Green’ personalities at the national level. Topics that have been of concern for the movements are renewable energy, pollution and nuclear power plants.

However, close scrutiny of the emergence and growth of the Green movement in Germany, America, and Australia also reveals some illuminating differences: differences that might prove instructive with regard to the future of environmental politics and natural resource management. While wilderness and forestry issues have tended to dominate the Australian and US environmental movements, it is urban issues that have generally been at stake in Germany.

The unexpected ties between activists and groups in all three countries and the transfer of ideas and culture between the German, US, and Australian Green movements await examination. Inspired by the triangular relations of the three countries, this workshop proposes to undertake a comparative analysis of the cultural and intellectual milieux in which the German, American, and Australian Green movements emerged.

The workshop aims to analyze the transfer of knowledge and ideas between the movements in these three countries. In addition, it will examine the specific issues that prompted Green activism in each country. Finally, this workshop will explore the nuances of the political and social theories elaborated by the Green movements in all three countries, particularly as regards the question of radical democratic practice, the relation between sustainability and social justice, and the local/global nexus.