David Arnold on 'The Empire of Nature: Travel, Self, and Transformation' 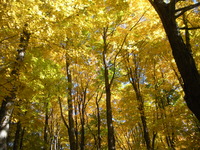 As part of the Imperialism, Narrative, and the Environment workshop, David Arnold from the University of Warwick will be giving a keynote lecture, 'The Empire of Nature: Travel, Self, and Transformation.'

This discussion draws upon two apparently significant contrasts. The first relates to the shift from the idea of a “Kingdom of Nature” (as in Darwin and his nineteenth-century contemporaries) to the recent historiographical trend of representing the environment through “the empire of nature” or even “ecological imperialism.” The second contrast is between those accounts (from works of natural history to the novel) that represent nature as place-specific and geographically sited (such as Gilbert White’s class Natural History of Selbourne (and perhaps even Rachel Carson’s Silent Spring) in which nature comes to the author/observer and those that represent nature primarily through itineration and a travelling gaze, such as the European nineteenth-century travel narratives of the Americas, Africa and Asia, in which the author/observer comes to nature. What significance lies behind these two sets of (interrelated) contrasts for our understanding of the current conflation of empire and nature and how do they inform a postcolonial reading of environmentalism?  I also want to propose (through the writing of the Bengali novelist Bhibutibhusan Bandopadhyay, 1894-1950) some of the ways in which the “imperial” vision of nature might be contrasted with an “indigenous” one, and how landscapes can be read accordingly as “rich” and “poor”, or fecund and toxic.

The event is free and open to the public; Arnold's talk will be followed by a small reception.