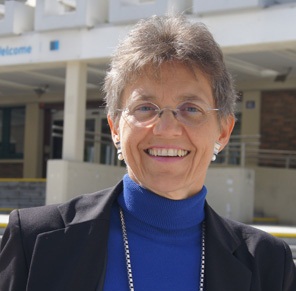 The RCC congratulates Verena Winiwater, chair of the academic board here at the RCC, on receiving the Planetary Award 2017! The award was presented at the Tage der Zukunft 2017 in Arnoldstein by the Institut für Zukunftskompetenzen (IFZ) in cooperation with the international future initiative Design Me a Planet.

The award is presented to personalities, companies, and organizations committed to sustainability, cooperation, and public service. Among many other achievements, Verena was named Austrian Scientist of the Year in 2013 and her book Geschichte unserer Umwelt. Sechzig Reisen durch die Zeit was named Environmental Book of the Year 2015.